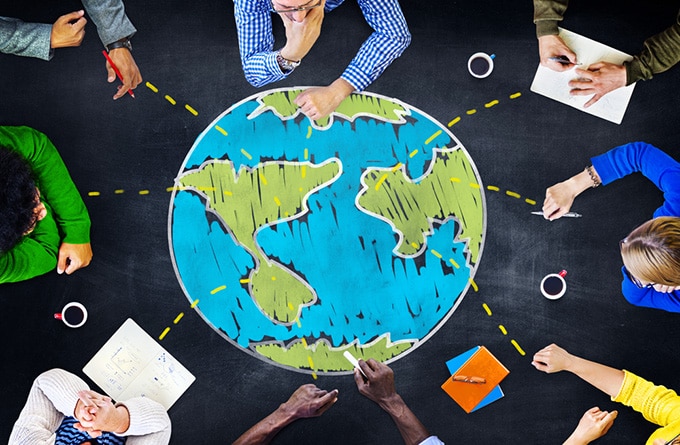 Today, we all communicate with people from all over the world. We trade with each other, cooperate with each other and we get affected by other cultures. But how could that be possible if we didn't understand a word of what other people said? How could we find solutions in the world problems like poverty, war or global warming if we could communicate? That wouldn't be much of a community. English has been important for us since Britain got its colonies, and it has helped to world to be what it is today.

Throughout the times, we have several authors who have used English in their works. William Shakespeare is maybe one of the most famous ones, who are known by the play: “Romeo and Juliet”. Authors have been important for the English language, especially in writing. Therefore, when we're going to tell about the English-speaking world, we have to mention some writing. That will be the three short stories: “Good Advice is Rarer than Rubies”, “Butterfly” and “Country Lovers”. Later on, it has been popular to make stories into movies, and some of the ones we will account for, is “Outsourced”, “Rabbit-proof Fence” and “Invictus”.

English is very important for us. It's not a subject were we learn something, but won't use it in the future. This language is necessary to understand what other cultures are doing, why they doing it and how we could do something positive together. The students are the future of the world, but then they have to learn the world language if they are going to have a function in this world. If we can master the English, it would be a lot easier for us in the future, and maybe we can later be part of something bigger.