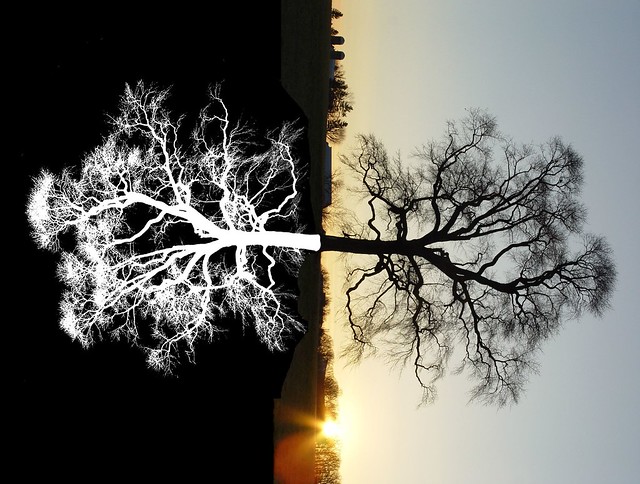 A good man one day found himself in conversation with God and so he asked Him:

My Lord, I'd like to know what is Heaven and what is Hell.

God led the man towards two doors, opened one and asked the good man to look inside. There was an enormous round table, in the middle of which was a massive bowl filled with food that smelled delicious. The good man felt his mouth water. The people sat around that table looked malnourished and ill. They all looked famished. They had spoons with very, very long handles attached to their arms, but since the spoon handle was longer than their own arms they couldn't bring the food to their mouth. The good man shook at the sight of their misery

God and the good man then went to the second door. God opened it. The scene that the good man saw was identical to the previous one. There was the same vast round table, the same large bowl that made his mouth water. The people sat around the table held the same spoons with the very long handles. Only this time they all looked well nourished, happy and were engaged in pleasant conversations with one another.

The good man said to God: "I don't understand"

"It's simple", God answered him, "These have learned to take nourishment from one another. The other ones, instead, only think of themselves.

Hell and Heaven are built in the same way. The difference lies within us.