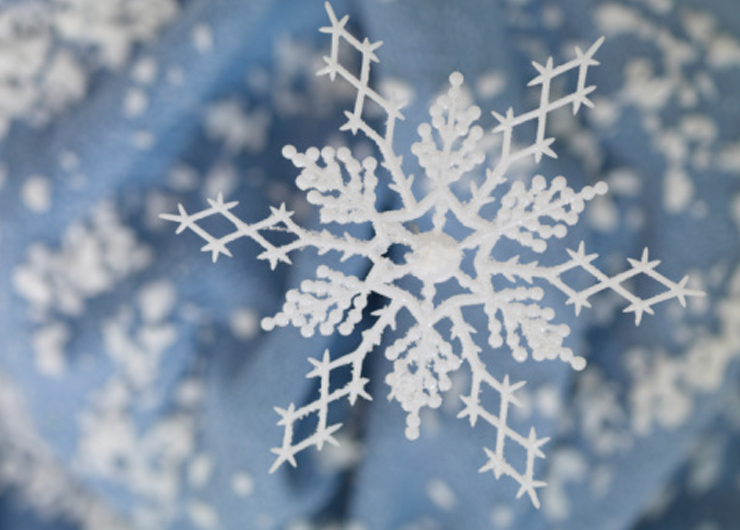 A light snowfall creates a dusting of snow. More snow creates a blanket of snow. It is so beautiful outside just after a snowfall , when everything is covered in white.

If it is windy outside after a snowfall, the wind creates snowdrifts , small piles or hills of snow!

How does snow fall?

Snow falls to the ground. However, snow can also be used as a verb:

Do you think it will snow tomorrow?

Snow does not make a sound as it falls from the sky and lands on the ground. However, you make a lot of noise when you walk on snow. The colder it is outside, the more sound snow makes! Below 0° Celsius, snow that is packed on the ground squeaks beneath your feet. When there is more snow and the snow has turned to ice, it crunches when you walk on it!

Snow feels cold! It's hard to feel snow, though, because snowflakes melt and turn into water as soon as they touch your skin. Sometimes, if the snowflakes are clumped together, they stay for a little while. Have you seen The Sound of Music? One of Maria's ‘favourite things’ is…

Snowflakes that stay on my nose and eyelashes

… because this rarely happens!

When it gets warmer and the snow begins to melt, it turns into slush.

Can you think of more words to describe snow?