Why sleep is the best medicine 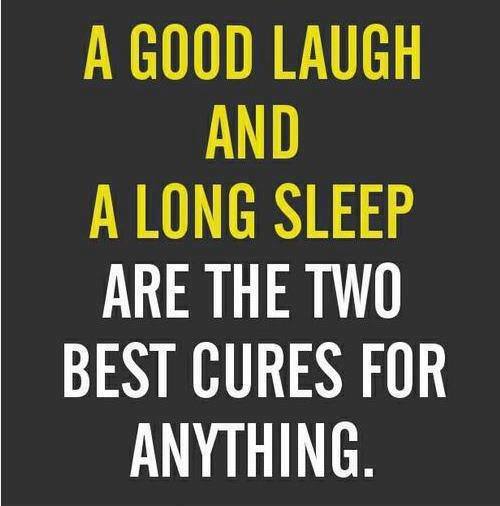 It's late at night and you have an important exam in the morning. You're sitting with your notes and books and you're beginning to feel tired. Should you listen to your mother's advice and go to bed? Or should you stay up all night try to learn?

Well, scientists say that our mothers are probably right - it's best to go to bed early before a big exam. Last year in Germany, scientists looked into the effects of sleep on university students. They found out that students who had at least four hours of sleep did better in exams. It also turned out that the students who had a lot of sleep had better scores in IQ tests. So why is sleep good for our brains?

First of all, scientists believe that after a hard day of thinking, our memories are very messy. Sleep helps to tidy up our thoughts and memories and to put everything in the right place again. Because of this, it's easier to remember facts clearly, which, of course, is important in exams.

When we sleep, our brains also continue thinking about our problems from the day before. We can sometimes come up with the answers to difficult problems after sleeping. There are many examples of this history.

In the nineteenth century, the chemical structure of benzene was still a big mystery to scientists. The German chemist Friedrich von Kekule worked on this problem for many years. One afternoon, while he was travelling on a London bus, von Kekule fell asleep. He had a strange dream - snakes were coming towards him with their tail in their mouths! When he woke up, von Kekule knew that he had the answer to his problem - the atoms were arranged in a circle like his hunny snakes!

But sleep not does not only improve our memories and help us to find the answer to problems. Scientist believe that we are more creative after sleep too. Keith Richards, the guitarist of The Rolling Stones, came up with the melody for Satisfaction, their biggest hit, as he was taking a nap in a London hotel room. The Irish writer Bram Stoker also got the idea for his masterpiece Dracula, the classic horror story, while he was sleeping. He ate crabs late at night before going to bed, had some strange nightmare and kept on waking up!

So, take my advice - do you want to remember more in your exam tomorrow? The answer is simple - go to bed early!