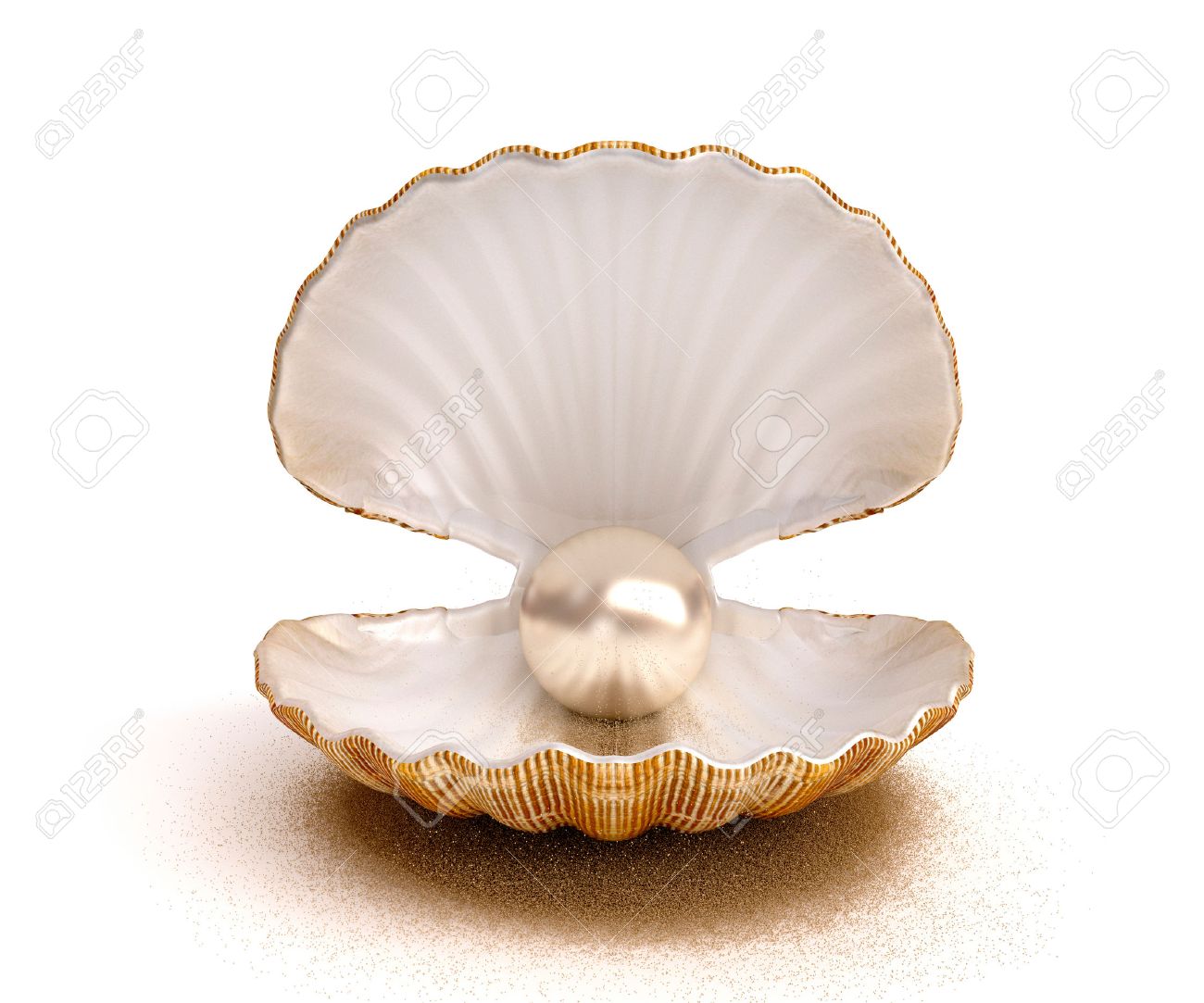 A pearl is a hard object produced within the soft tissue (specifically the mantle) of a living shelled mollusc. Just like the shell of a clam, a pearl is made up of calcium carbonate in minute crystalline form, which has been deposited in concentric layers. The ideal pearl is perfectly round and smooth, but many other shapes of pearls (baroque pearls) occur. The finest quality natural pearls have been highly valued as gemstones and objects of beauty for many centuries, and because of this, the word pearl has become a metaphor for something very rare, fine, admirable, and valuable.

The most valuable pearls occur spontaneously in the wild, but they are extremely rare. These wild pearls are referred to as natural pearls. Cultured or farmed pearls from pearl oysters and freshwater mussels make up the majority of those that are currently sold. Imitation pearls are also widely sold in inexpensive jewelry, but the quality of their iridescence is usually very poor, and often, artificial pearls are easily distinguished from genuine pearls. Pearls have been harvested and cultivated primarily for use in jewelry, but in the past they were also stitched onto lavish clothing. Pearls have also been crushed and used in cosmetics, medicines, and in paint formulations.

Whether wild or cultured, gem quality pearls are almost always nacreous and iridescent, as is the interior of the shell that produces them. However, almost all species of shelled molluscs are capable of producing pearls (formally referred to as "calcareous concretions" by some sources) of lesser shine or less spherical shape. Although these may also be legitimately referred to as "pearls" by gemological labs and also under U.S. Federal Trade Commission rules, and are formed in the same way, most of them have no value, except as curiosities.